Our history. Like-minded people, a lot of work and a little magic.

The official history of the Starenki Charitable Foundation began in 2017, when five young women took responsibility and signed the Charter of the Charitable Organization. They took a decisive step – they created their own charity fund. There were neither oligarchic men, nor big business, nor political parties behind them. But they believed that their intention to help lonely elderly people in need, and a team of like-minded people who supported them will be enough. 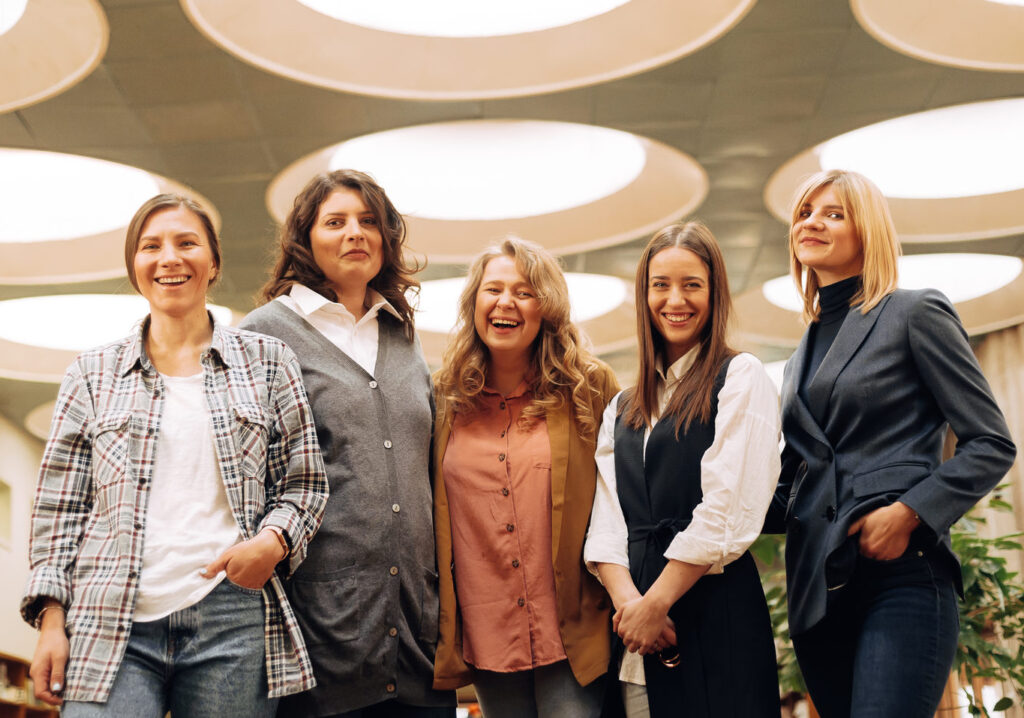 The history of the Starenki project, which preceded the establishment of the Foundation, began in 2015.

We used to consider Iryna Baranenko’s post about the project to help elderly people in need, which collected 840 shares on Facebook, as a starting point. Right after it began the active development of the project and activation of like-minded people. Although for Irina herself and for those people who responded to the post and later became members of the Starenki team, this story began even earlier – from the thoughts which they had while watching an old lady, who counts pennies buying bread and milk; from their own attempts to help a stranger old gentleman to buy medicine at the pharmacy for which he did not have enough money; from the understanding that we want and can do more.

One more important milestone to be considered was the meeting of the guys from the Personal Leadership development course, who implemented the “Remember Me” project, with the team that Iryna gathered with her post in social networks. This meeting brought its unique energy and added bricks to the overall process of creating the Starenki project.

Later there were many small and big meetings and coincidences like “I just saw a friend’s post on social media about the need to deliver grocery bags to elderly and decided to help once” or “I’m usually not volunteering at all, but friends asked if I had an hour to help with Excel “…

We believe that all them are the history of Starenki: the history of thoughts, awareness, intentions, and most importantly actions and magical encounters, without which many lonely elderly people would not receive the ray of care and warmth that Starenki volunteers bring!

On any occasion, we thank everyone who has ever participated in the creation of the history of Starenki, who spent their time and effort for information dissemination, food packaging, packages delivery, organizational work, fundraising and more.

We have big plans and believe in our victory!
🇺🇦Glory to Ukraine!

The story of the Starenki at the point of January 2022 is a story about a big group of wonderful women, who are forming the core team. Every is gorgeous and outstanding and worth writing a portrait or an article. Each makes an important part of the work that helps the Foundation to provide the help to elderly and expand with this.

Most of the team are volunteers who have a main job. And there is a group of employees of Foundation and they they do their work with maximum dedication and motivation. The whole team is admirable.

All of them and about 200 other volunteers are doing their best to ensure that lonely elderly receive their food package and a little attention and care from the younger generation.

Want to help? Join and create a story Starenki with us! Together we can do more!

Read more about the team

Dear friends,
On 24.02.22 russia started its war against people of Ukraine. Our life has changed forever.
Please mind that some things on the website might be temporary not actual or precise. But we believe in fast victory and will be supporting our seniors no matter what!
Glory to Ukraine!